How do you open your webinar or conference talk? In an age of constant webinars and online video presentations, there is a need to understand how to better communicate through this medium. Over the past nine months, I have spent a considerable amount of time building a new online webinar and conference system called, “Confrnz.” Through this process I was able to glean some fairly interesting insights about general, “product demo,” type webinars, by collecting huge amounts of data observing how people watch webinars.

I was able to collect around 4.5 person-months worth of straight watching time, which amounted to over 3000 hours of content viewing across 200+ individual demos and videos. The following is a summary of a Twitter thread that I put together at an account dedicated to this project over at @Confrnz.

People don’t pay attention for very long, in general. Think of the opening of a webinar like the opening to a movie.

We have found through capturing over 4 person-months worth of viewing time, over hundreds of presentations, most viewers only watch for about 18 minutes or less. And the vast majority only watch for 2.5 minutes. You have two minutes! 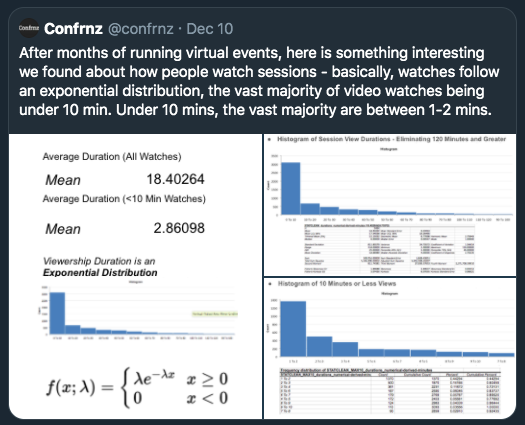 Start out with your branding/logo. This is sort of like, “meta establishment” - who are you? Who is telling me this story?

Introduce the main character - is it you? Show yourself on the screen. Don’t put yourself in a little box in the upper righthand corner. Don’t show a screen with your name or worse, a screen name like jSmith. Is it someone else? Paint a picture. Show, don’t tell.

Introduce intrigue - you have to keep building interest. You can’t just show a bunch of random slides and expect people to stay interested, you have to design in interest section by section. Show what you’re going to get into, hint at it, get them to want to see what’s next.

Tease out the main concept while adding value, maintaining interest. You’re walking down a hallway closer and closer to the concept of interest, a little less abstract now. It’s bright and shiny, amid darkness. What drama will occur along the way? Let’s find out…

Now you can get into the detail. What is useful and why? What’s exciting? How will this prevent a future problem and what will happen next? How do we get back to where we came from? You have to introduce these concepts into the viewers’ minds.

By the way, the timestamp we are at with both Apple’s most recent Event and Raider’s of the Lost Ark are 7:42 and 7:37 respectively. Coincidence? No - these presentations were designed by the best directors & cinematographers in the world. They know what they are doing. 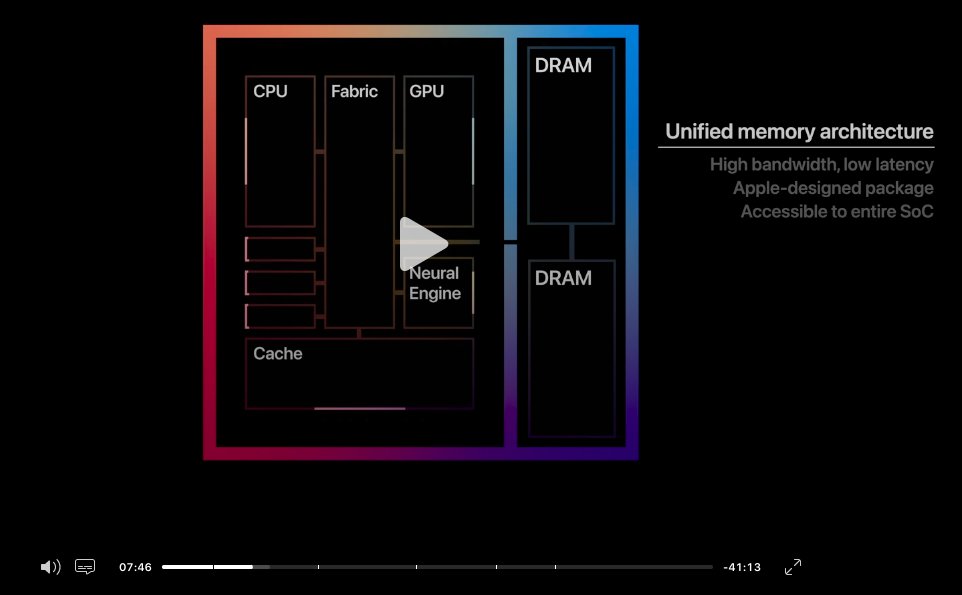 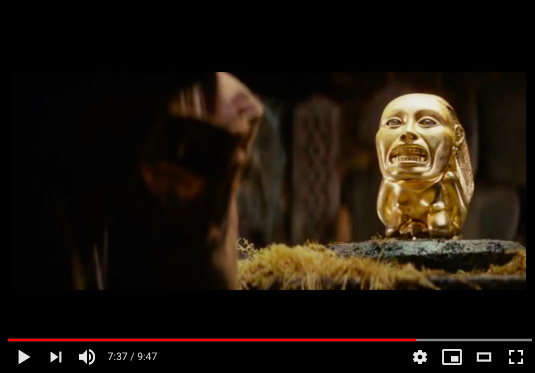 They know to keep the main message it under the 10 minute mark, they know most people won’t pay attention after that. Now - you’re not LucasFilm or Apple…do you have 10 minutes? 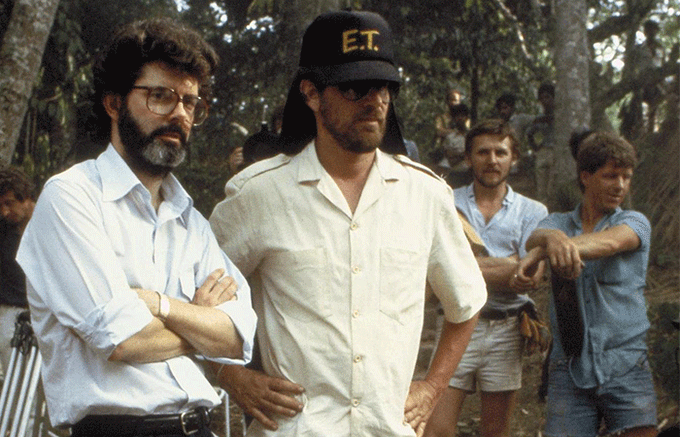 Apple and Lucasfilm MUST capture millions of peoples’ attentions, anything less is a failure for them. You may have a different audience, a subsegment, interested in a particular niche topic. You may have people listening because they are interested in you specifically.

If your material is for general broadcast, then compress down what you have to say in under two minutes. If it’s more for a small group of colleagues and customers, you can stretch it out toward 20.

Follow more of our work helping people put together better presentations and building further insights on how to give better webinars at @Confrnz on Twitter We’re building our startup in public. #buildinpublic

They teased out everything they wanted to talk about, the whole pattern within…that’s right – 2 minutes and 45 seconds, or under 2.8 minutes…

The rest of the GEFORCE talk goes deeper into detail for the gaming audience, who they know ahead of time is going to be more interested in the detail of their content. However the broader audience got their entire message in 2 minutes.

For their expanded video, they consistently tease out concepts using a similar pattern. They even use a marble rolling down a sort of Rube Goldberg machine environment to maintain interest, making the viewer continually ask, “What’s next?”