The original inspiration for this project was to create a source of micro-solar power suitable for use in remote agricultural locations, namely - honeybee hives. The idea was to provide an easy way for honeybee farmers to cheaply and remotely monitor hives for incoming parasites, a major contributor to honeybee die-off. The actionable item for a commercial beekeeper, according to the University of Minnesota extension service, may be to treat a hive which is undergoing incoming mite infestation, to save a hive from further die-off. One of our hypotheses is that commercial bee-keepers will be highly concerned about mites being carried into the hive on the backs of bees who had visited other infested hives.

Parasites may be detected on bees with off-the shelf cameras and counting software, such as HiveTool. With sufficient resolution and image recognition capability, parasites can be identified on bee legs and backs by using color contrast or shape anomaly detection. 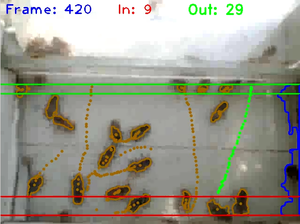 Running a camera can be a fairly high power exercise. Meanwhile, beehives are largely independent, sitting out in a field with low access to power. Therefore, it makes sense to use micro-solar as a way to power a camera or anything connected to the beehive. To increase the power density utilization of a unit, it would be appropriate to only utilize the camera or electronics when it is known that there will be sufficient power to operate over the next few days. Looking at a forecast of cloud cover, we should be able to dynamically predict whether we have enough, “future juice,” to run the unit in, “higher power mode,” today or to run in a more conservative mode.

Looking at a forecast of cloud cover, we should be able to dynamically predict whether we have enough, “future juice,” to run the unit in, “higher power mode,” today or to run in a more conservative mode.

Honeybees which are indigenous to Europe and have been brought over to North America are dying off for a variety of reasons, namely:

1) Lack of genetic diversity and robustness 2) Parasites 3) Harsh treatment or mistreatment 4) Chemicals, among other potential reasons not listed here

To build a predictive model, I captured two main points of data over a year timeperiod:

Applying a simple linear regression analysis, we were able to see that there is a direct correlation between cloud cover and battery voltage delta from one day to the next. 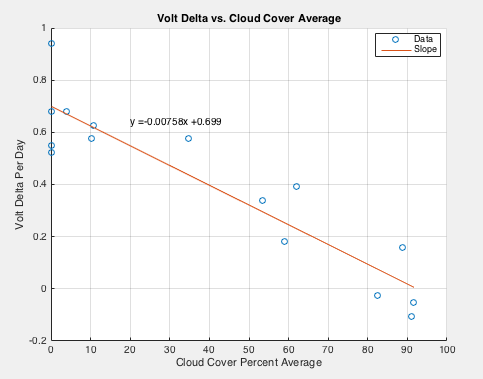 Basically what the above graph shows is that, “future battery power,” is predictable based upon cloud cover forecast. Higher cloud cover is directly linearly related to lower increase in voltage from the sun’s power and would indicate that the main image capture unit would need to operate in lower power mode to conserve energy.

Rules are only as good as their exceptions, and in this case I found a major exception to be included for northern latitudes. While engineering abstractions always sound nice on the surface, nature and the laws of physics often slap you in the face with reality. In our case, we found that having the solar panel fixed at an insufficient angle lead to little to no power absorption. This is counterintuitive because typically solar panels need to be sufficiently, “flat,” in accordance with one’s latitude in order to maximize solar absorption.

However, it turns out that having a flat solar panel where there is snow just leads to this: 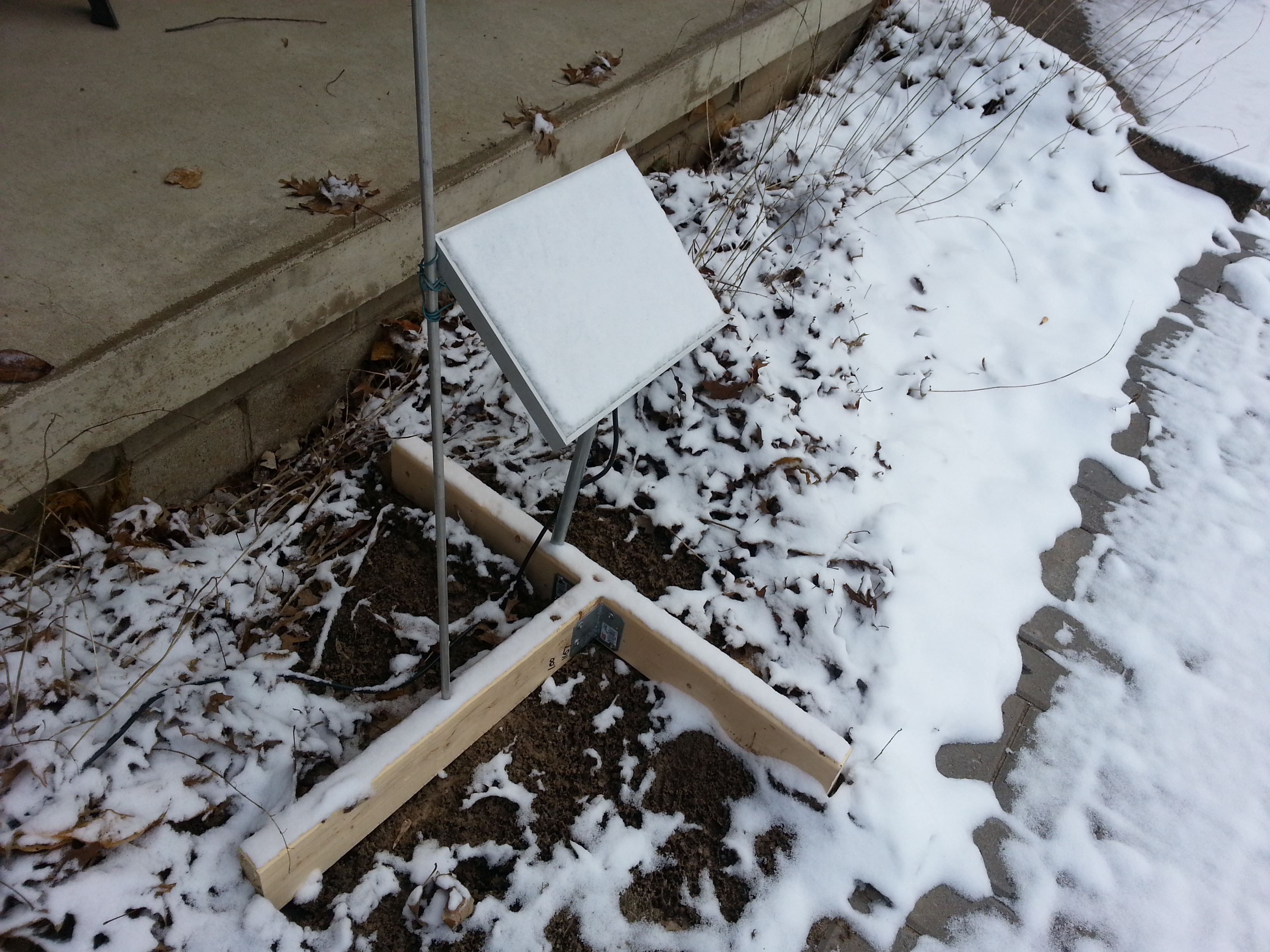 The way to deal with this is of course to increase the angle. Assuming no human intervention on an independent micro-solar device over a year, this means less solar radiation absorption on average throughout the year, but prevents snow accumulation on top of the panel which would render the panel useless in winter. This is actually how solar panels are built for housing in high snow areas such as the Atlantic North East or Great Lakes regions. 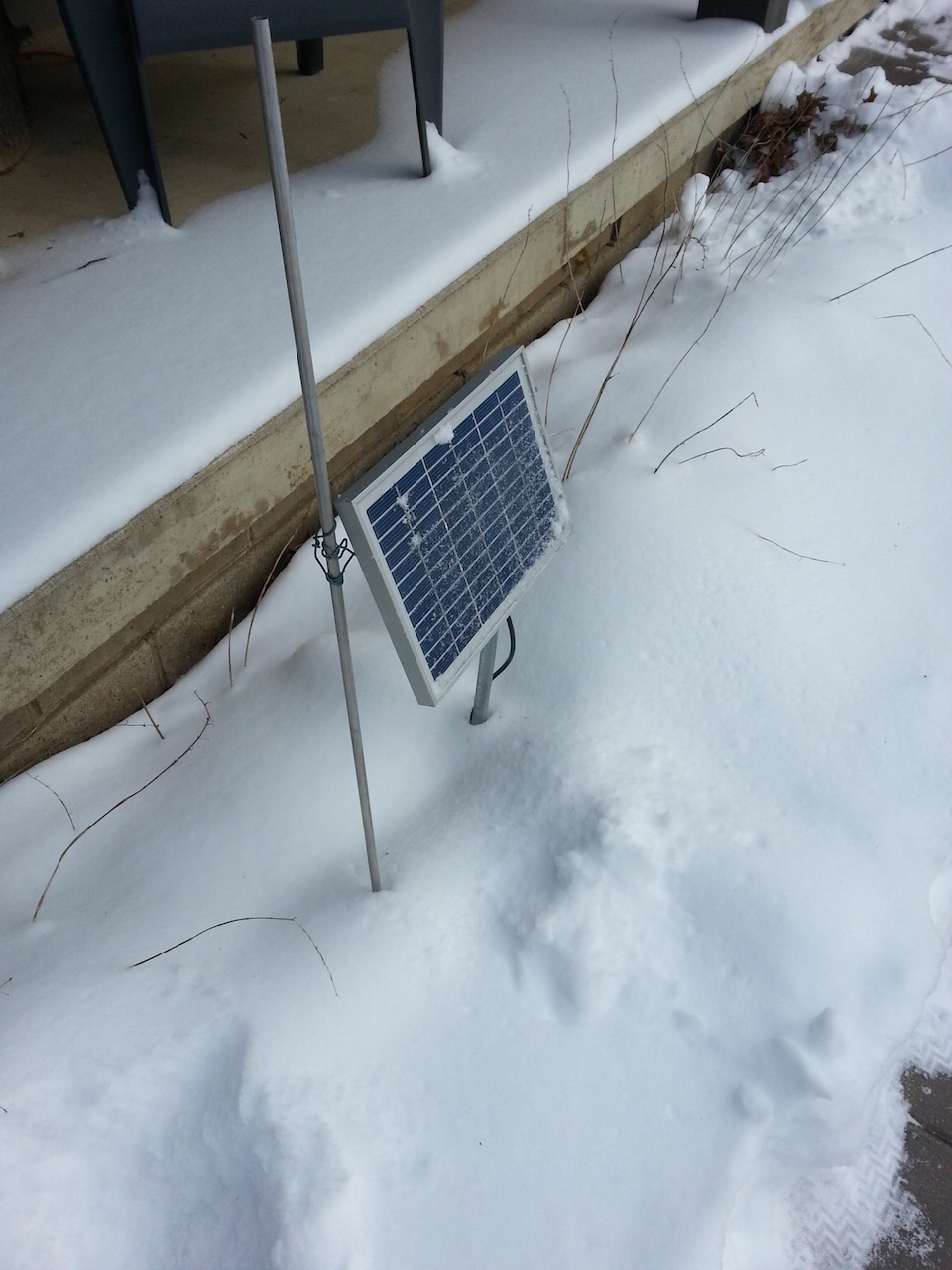